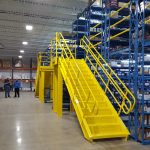 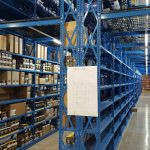 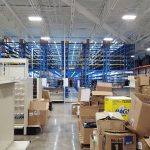 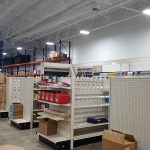 Once the sale of the building is final, Breck Loos, 54, plans to expand his holdings by turning an old Walmart in the north end of this Bureau County town into a Napa Auto Parts retail store, and a warehouse and if all goes as planned, it could mean around 30 new jobs.
The 64,000-square-foot building has been empty since 2004, except for a Tractor Supply Co. that occupies 22,500 square feet. The Dollar Tree will lease 9,000 square feet and his Napa operations will take up the rest of the space – or less, if he decides to seek a fourth tenant.
Not only will the project provide a new foundation for future store growth, but it also “should be a very nice retail addition for the city of Princeton,” he wrote.
Distribution center for seven other Napa stores he owns.
Loos also plans to put a new facade on the entire building.
The warehousing business is expected to provide 10 to 12 full-time jobs, the Napa retail businesses 10 to 12 part-time jobs, and the Dollar Tree three to four full-time and three to four part-time positions, Mayor Joel Quiram said.